Talulah
Spring sale on all art and prints! 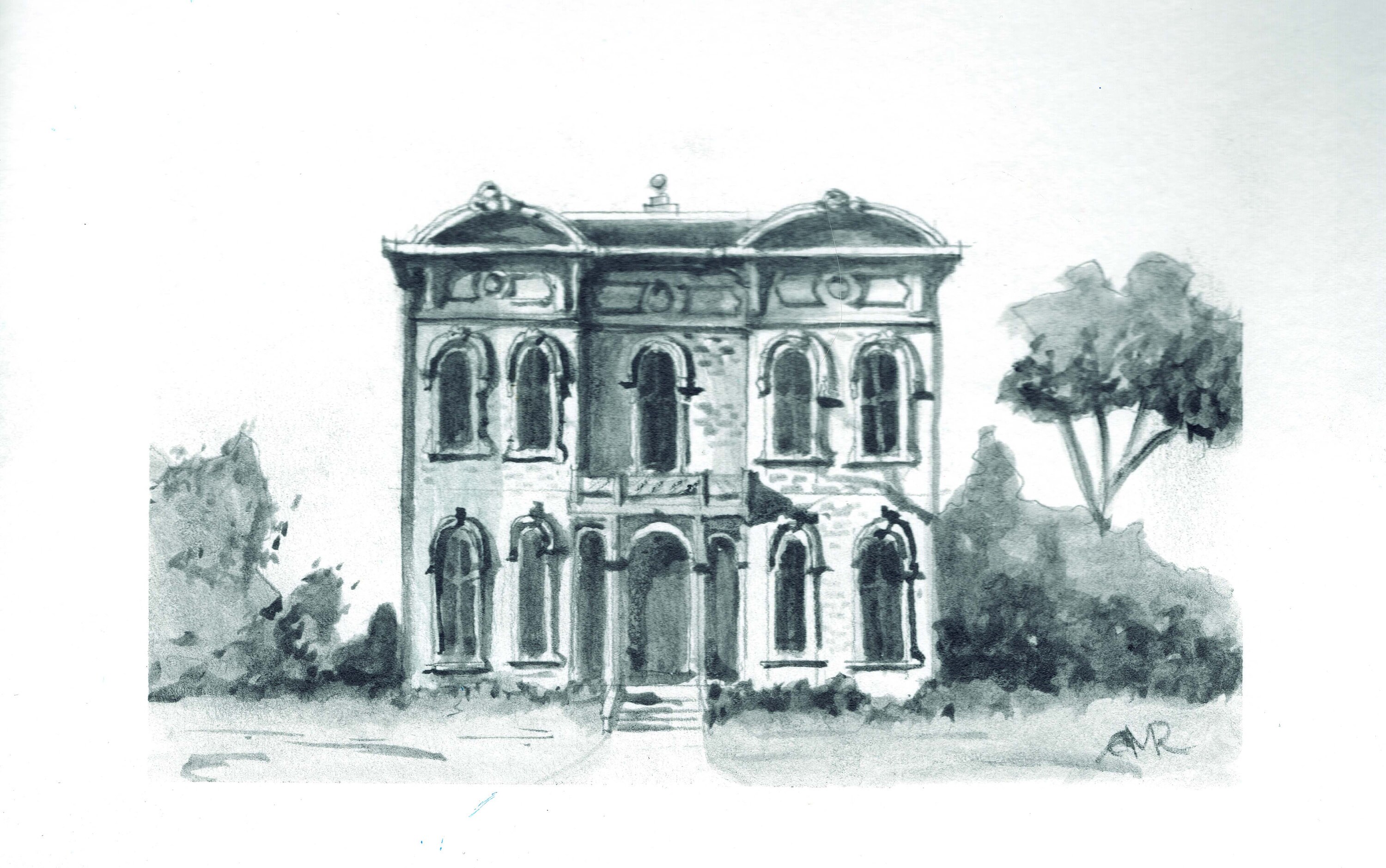 This is an original watercolor sketch. The story is below:

This is Talulah. A socialite from the rust belt she has always been a shining light for her university town. A living icon of the Victorian era she has made her life’s work the promotion of women’s social issues.

In her formational years she had an intellectual love affair with a man named George. He was a stout-built colonial from down the maple-lined street. Though older than Talulah, they always had so much in common. Her maturity and poise always took his breath away; as did the brightness of her eyes. She was fond of his structure and symmetry and the simplicity of his finish. Theirs was a love that seemed destined for the ages; until George was awarded a visiting professorship at a historic district in the other side of town. In spite of the promises that they would write daily and call when they could, the relationship deteriorated over time.

She heard he settled down with a stone cottage from the historic district. Personally, she never felt the compulsion to marry although there was certainly a continuous stream of suitors interested in the keys to her heart.

Her philanthropic efforts in building equality around the globe brought her renown and acclaim. Women’s organizations at 142 American colleges and universities took her name in honor of her work.

Still, she pines for a house she knew long ago with whitewashed clapboard siding and symmetrical brick chimneys. She keeps her masonry pointed and her windows bright in the hopes that the large flatbed trailer will return. The same flatbed trailer that broke her heart nearly a century ago. The trailer that carried away her George and stole the moon from her sky.