Matt at Old Faithful
Spring sale on all art and prints! 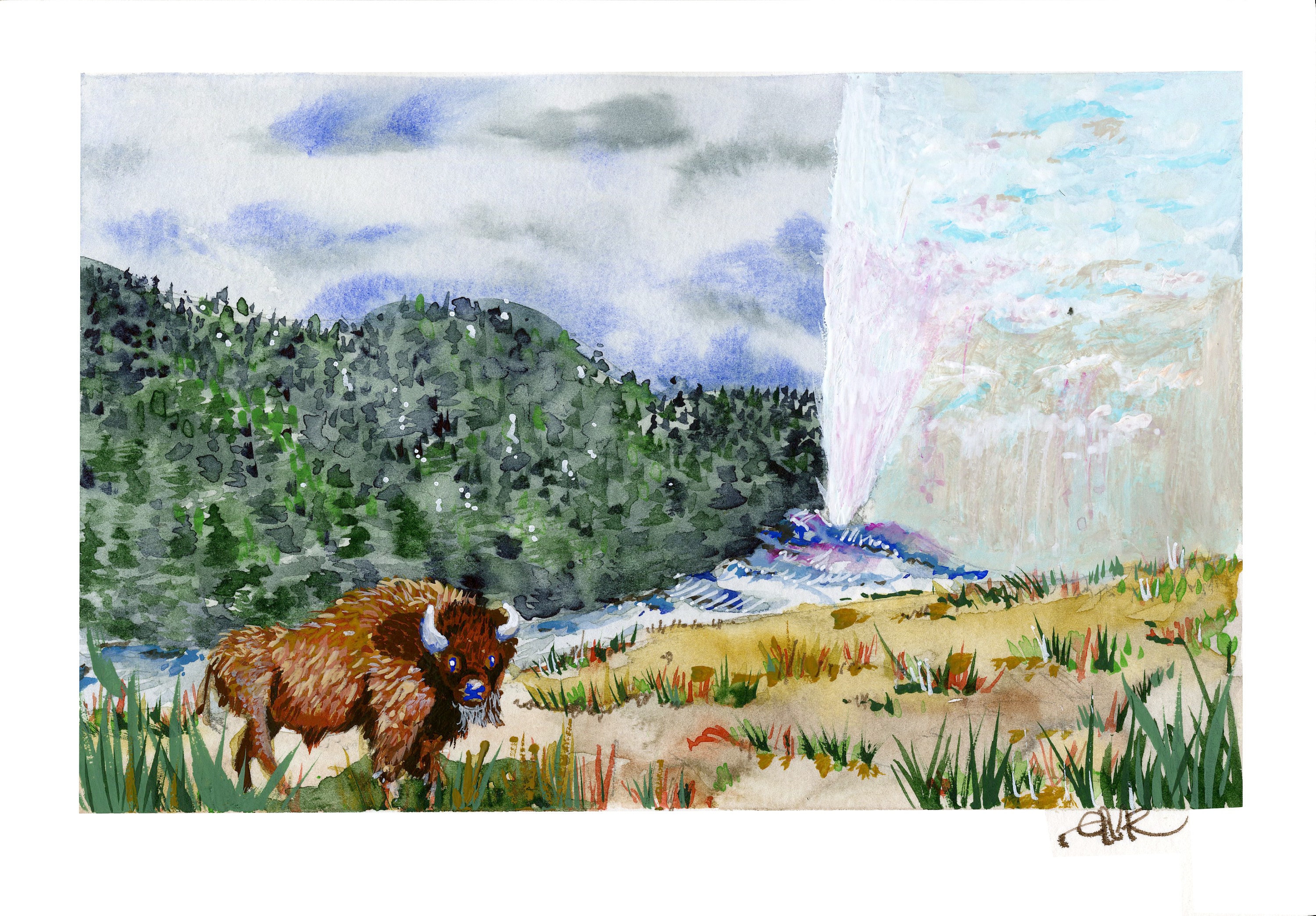 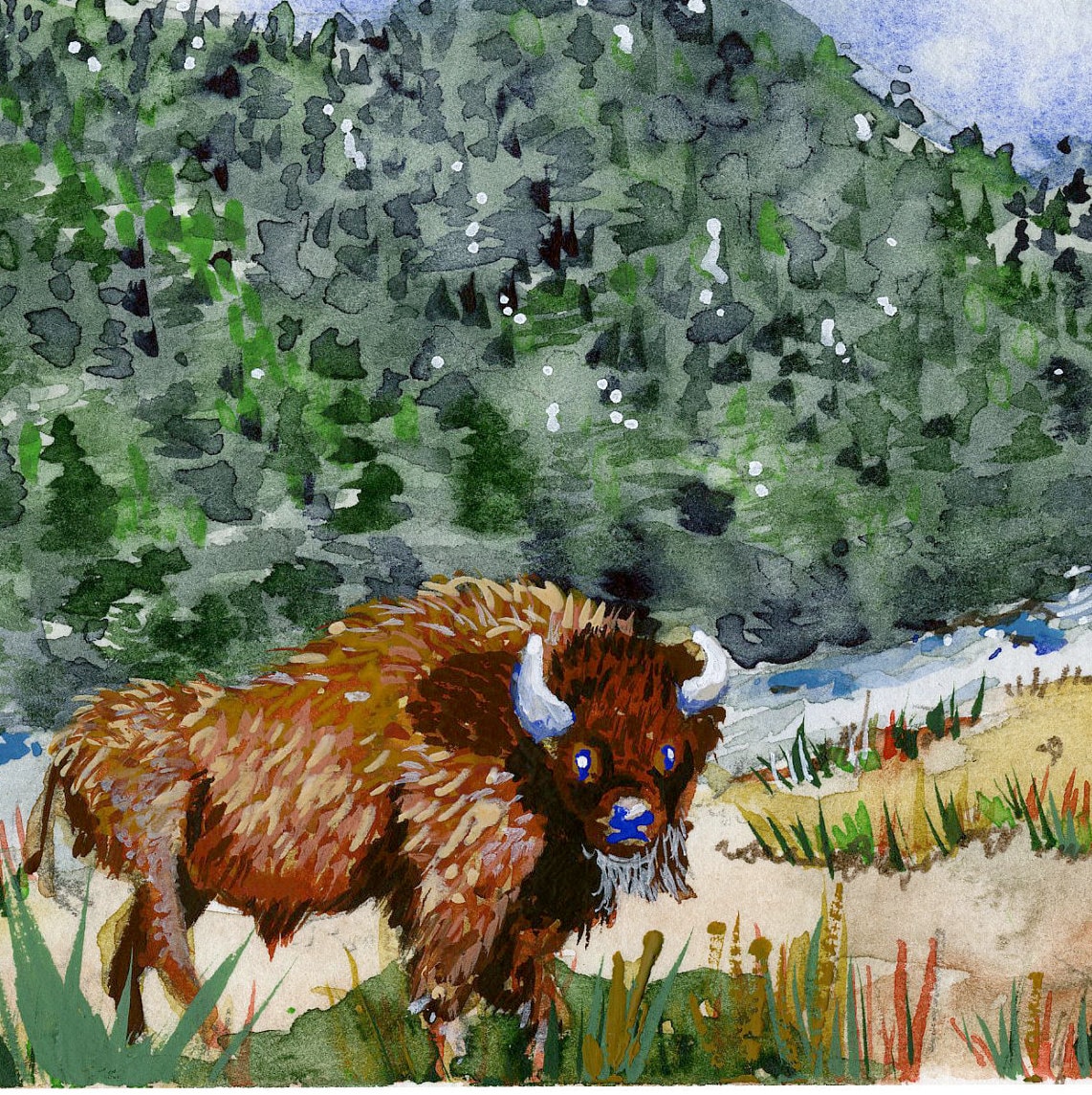 𝗔 𝗕𝗶𝘀𝗼𝗻'𝘀 𝗧𝗮𝗹𝗲
This is Matt. He is a bison. I met Matt at Yellowstone today. I first saw Matt at Lake Village. He was munching some grass in front of the Lake Hotel. He was alone. He chewed, looked up from time to time and admired a 150 year old hotel, and then put his head back down to chew some more.

I saw Matt again and again throughout the day. Always alone. He was hiding just behind some evergreen saplings at the apex of the trail near Mud Volcano. Later in the day he was near the road by the Norris Geyser Basin Ranger station. His head still down focused on what he was doing. He didn’t seem to notice the traffic commotion he made - he had other things on his mind. Despite all the human traffic he was still alone.

I finally saw him here, during the last hours of the day, at Old Faithful. I had gathered amidst a throng of people to watch the last eruption of the geyser as long shadows came from their hiding places and covered the world. Matt didn’t notice the crowd. He had come for dinner, not a silly water spout.

A little girl tugged her mother’s sleeve, “Look mommy a bison eating alone!” Her mother nodded and tried not to look. “Do you think that bison is lost and missing his family and all his friends?” The little girl implored her mother. Her mother shook her head and shrugged her shoulders in the universal symbol that she was out of answers and the conversation was over.

Long after the crowds dispersed I sat and looked at Matt. He ate, seemingly unaware of my presence. In the gloaming of evening’s last light I asked Matt if he was lost and if he was missing his family and all his friends.

He paused and looked at me squarely for the first time. I understood.
Sometimes alone isn’t alone at all and sometimes lost is where we are found.